After the retirement of Chief Anthony C. Bollinger in August 2012, John was named Interim Police Chief and earned the permanent appointment to Chief of Police in 2013.

Over his 28 year career in law enforcement, John has been recognized as Titusville Police Department’s Officer of the Year, Supervisor of the Year and Brevard County’s Detective of the Year. John holds a Bachelor’s Degree in Organizational Management from Warner Southern University, and a Master’s Degree in Criminal Justice from the University of Central Florida.

John serves as the twelfth Police Chief of the Titusville Police Department. 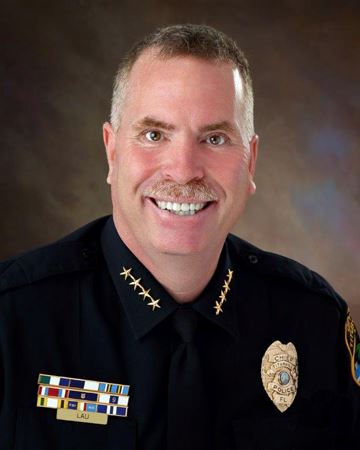