While Titusville has several diverse neighborhoods, development regulations are general in nature and are administered on a city-wide basis. Neighborhood plans are more detailed and provide individualized recommendations. These neighborhood plans allow citizens to chart their own course in reshaping the appearance and function of their community. In addition, local and state agencies conduct studies and plans affecting small areas or transportation corridors.

The Indian River City Neighborhood Plan was created to protect the unique character of this small neighborhood located northwest of Cheney Highway and U.S. Highway 1. A former municipality with a thriving fishing industry, Indian River City was incorporated into Titusville in the 1960s. The plan was initiated by a resident movement started in 2005 in response to issues related to the stability of the neighborhood.

The City engaged the resident group in 2008 and the plan along with associated Comprehensive Plan policies and a new zoning ordinance adopted in 2012. The plan covers the area from Olmstead Drive to the north, the Indian River Lagoon to the east, Cheney Highway to the south, and the Florida East Coast Railroad to the west.

The U.S. 1 Corridor Master Plan provides recommended strategies for future development along the U.S. 1 corridor and Indian River Lagoon shoreline. The boundaries of the plan are generally from Grace Street to the north, the Indian River Lagoon to the east, Kennedy Point Park to the south, and the Florida East Coast Railroad to the west. The plan encompasses a total area of approximately 815.69 acres including roadways stretching over a 3.4-mile-long corridor.

The Waterfront Master Plan is a proposal for public amenities to be located along the Indian River Lagoon shoreline. The plan proposes numerous park improvements, the addition of a waterfront trail, efforts to improve the health of the shoreline, and design guidelines to apply to new development. 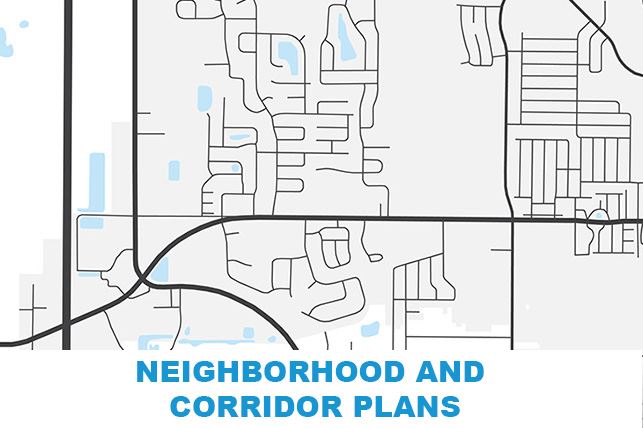